The Devastating Effects of Fibromyalgia and How to Cope

The Devastating Effects of Fibromyalgia and How to Cope 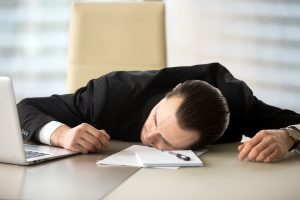 Fibromyalgia (FM) is a condition that is known for causing widespread pain throughout the body. It also can be accompanied by problems with sleep, extreme exhaustion, emotional problems, and mental distress. Researchers believe that fibromyalgia amplifies painful sensations by impacting the way your brain processes pain. The term used for this is abnormal pain perception processing. Fibromyalgia afflicts as many as 4 million adults living in the United States. The exact reason for fibromyalgia remains unknown.

The following are indicators that you may have fibromyalgia:

Who Is at Risk for Getting Fibromyalgia?

The following put you at a higher risk for developing fibromyalgia, although anyone can get it at any time.

To learn more about the connection between head and neck injuries and Fibromyalgia download our complimentary e-book by clicking the image below. 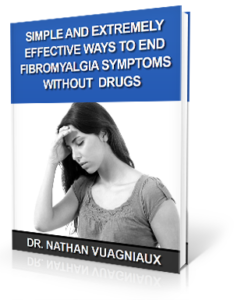 The Complications of Fibromyalgia

Those suffering from fibromyalgia may have to cope with some of the following issues:

What Can You Personally Do to Feel Better?

What Causes the Pain Associated with Fibromyalgia?

It is believed by researchers that repeated stimulation of the nerves can cause the brains of those with fibromyalgia to change. This includes an abnormal increase in the levels or certain chemicals in the brain that signal pain, called neurotransmitters. Also, the brain’s pain receptors seem to create a type of memory about the pain it experiences, and it becomes more sensitive to this over time, causing it to overreact to pain signals.

While it is not entirely understood what causes fibromyalgia, what is known is that it appears to have to do with the central nervous system, including the brainstem. If a misalignment is located in one of the bones of the upper cervical spine, especially the C1 and C2 vertebrae, the impact on the brainstem can lead to the symptoms of fibromyalgia. Most family physicians and other medical doctors focus on alleviating symptoms rather than addressing FM at its root cause.

Upper cervical chiropractors have examined thousands of patients with fibromyalgia over the years and one thing has stood out. Most of these people have had some type of trauma occur to the head or neck before the onset of fibromyalgia. The C1 and C2 carry the weight of the head on them. If they become misaligned, it causes nerve irritation. Since the brainstem is located in this same area, it begins to malfunction.

Here at Upper Cervical Care Edwardsville in Edwardsville, Illinois, we work to correct this misalignment by using precise measurements and technological advances to find the exact location. Then, we use a very gentle, precise correction which does not require us to crack, twist, or pull the spine. We then monitor our patients over a period of time to make sure the adjustment is still in place. Adjustments are only given when absolutely needed. This allows the body to heal, and many patients see their symptoms of fibromyalgia improve or go away entirely.

To schedule a complimentary consultation call 618-307-9494 or just click the button below.

if you are outside of the local area you can find an Upper Cervical Doctor near you at www.uppercervicalawareness.com.

An Overlooked Cause of Temporomandibular Joint Disorders (TMJD)

An Overlooked Cause of Temporomandibular Joint Disorders (TMJD)

Jaw Problems and Neck Problems Can Be Connected

Jaw Problems and Neck Problems Can Be Connected